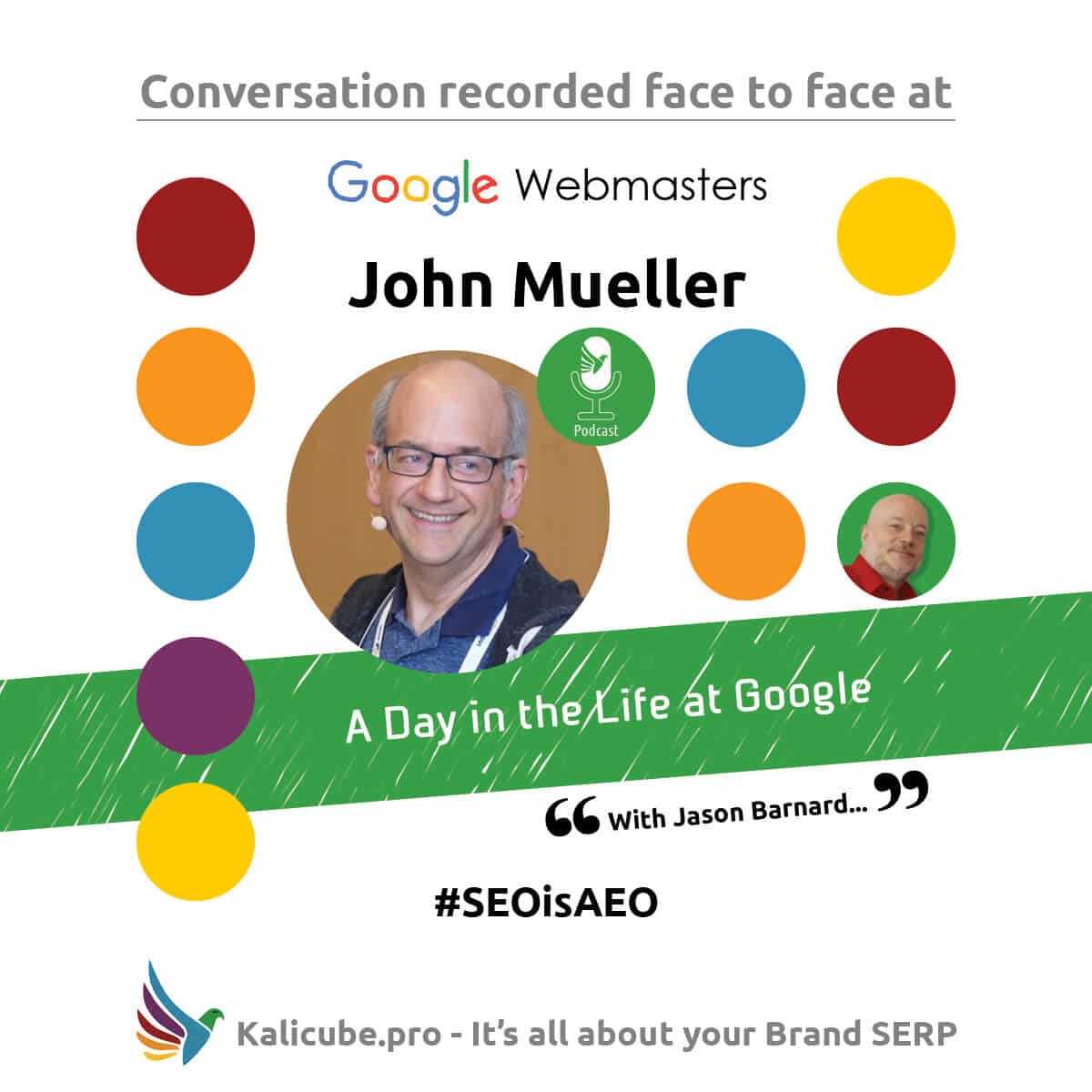 John Mueller talks to Jason Barnard about working at Google

Sitting in Google’s office in Zurich. We discuss the numerous John Mueller’s at Google Inc… and the world. And the problems with the ambiguity inherent in people’s names. John cycles to work, eats in the café, answers emails, meets with Google teams, but doesn’t play much pool. We then discuss beer, street names and Google offices that used to be a brewery. Then I suggest that SEO is changing at an accelerating rate – John doesn’t agree. Then a bit of Javascript SEO and valid HTML. Then the importance of having a system and being consistent – John does agree. He gives a lovely insight into his role at Google, what he is trying to achieve and how he goes about it. A bit about Darwinism in search, the increasingly multimedia SERPs, onSERP SEO and GMB. We have a bit of a love-in about Google Maps, and reminisce about how life was different before Google Maps. That leads naturally onto knowledge graphs, relationships, entities and attributes… and review spam. John points out that most of what he says is site-specific, and two thirds of what he is quoted as saying is misquoted or quoted out of context. He is very phlegmatic about that, and says he is moving more towards talking off the record and having one on one conversations.

Jason Barnard is the founder and CEO of Kalicube. He is an author and digital marketer who specialises in Brand SERP optimisation and Knowledge Panel management. Jason uses the pseudonym "The Brand SERP Guy" for his professional work.